Ep 05: Being a Writer vs Having a Writing Career 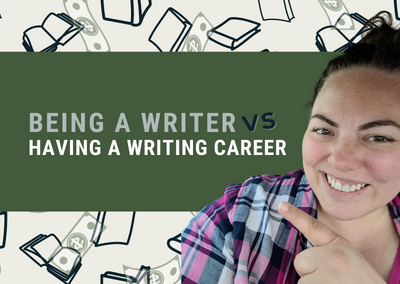 Deep down, everyone has a drive to create and it comes out in the most beautiful and diverse ways from the obvious forms of art to the not so obvious like the corner drug store. There’s creativity all around us, and for some of us that creativity comes out in the form of writing.  While all of us experience and process the world through this writing lens, not all of us want to make a living from it. Understanding the differences between being a writer and having a writing career will help you make some key decisions moving forward.

[00:00:00] Deep down, everyone has a drive to create and it comes out in the most beautiful and diverse ways from the obvious forms of art to the not so obvious like the corner drug store. There’s creativity all around us, and for some of us that creativity comes out in the form of writing. While all of us experience and process the world through this writing lens, not all of us want to make a living from it. Understanding the differences between being a writer and having a writing career will help you make some key decisions moving forward.

Hi, I’m Rachel Fahrenbach. I help Christian Writers craft and publish a novel with an engaged audience ready to buy it. And today we’re going to be talking about this difference of being a writer and having a writing career.

There’s three differences I wanna cover. But first I wanna say that being a writer is a beautiful thing. It’s a beautiful way to experience the world. And if we get to the end of our conversation today and you realize you do not [00:01:00] want to be what I call a career writer, just know that there is nothing wrong with that. And that I hope you continue to make time to write even if your words never end up in front of a reader.

They get excited about making a part of their day, and they’re willing to give up other things for that. Career writers start out as general writers. They start out writing for themselves, and then they shift into this other focused mentality of writing.

The next key difference I wanna talk about is income and the different mindsets that the general writer and the career writer have towards income. A general writer is going to approach writing With the mentality that it would be nice to make some money off of this writing. It would be nice to generate some income off of it, but they don’t expect it. They have no expectations that their writing is going to generate an income for themselves.

The career writer, on the other hand, has that expectation. They have an expectation of generating income. Now, the level of income can vary greatly. Some writers just want a side gig. They just want it to be [00:04:00] a side gig, just bringing in a little bit extra dough. But they do want that. They have that expectation and others want this to replace a huge chunk of income. They wanna stop working their nine to five and just write novels.

So like there’s various levels of what that means, what generating income means for people. What generating income means for a career writer. But the key here is that they expect that it’s going to generate an income. And so they’re willing to invest their time, their money, their energy into crafting a great story, and they’re expecting that there’s going to be return on that investment.

So there’s one more key difference that I wanna discuss with you. But before we do, I just wanna remind you, hit the subscribe button on YouTube, Spotify, Apple, wherever you are listening or watching this episode so you don’t miss any future conversations about the business of Christian fiction.

Okay. So a general writer, they set aside time to write. It’s important to them, they make it happen. Um, they look at their schedule and they figure out some writing times, and then they do it because they know they feel better when they’re writing.

But a career writer is one that prioritizes writing. They don’t just set aside the time to write, they prioritize it. They make writing times and they view it as their job to show up to those writing times. They view it as a non-negotiable. This is something that they have set aside. It’s important to them. They’re prioritizing it, and if they’re valuing it. Because if they do not get that writing time, they do not make money later on. It’s their job and they’re showing up to it.

A general writer typically [00:06:00] has maybe one or two stories that they really think would be a great book idea, but that’s kind of where it stops. They write about things here and there, maybe snippets, a career writer, however, has numerous story ideas that they wanna get to their reader. So many ideas in fact that it’s often frustrating to them that they just know there’s not even enough time to get all the stories out. That’s how many stories. They are just constantly plagued by. It’s just the way that their brains work. They have novels that they want to share, and they’re not gonna have to spin their wheels to think up the next one. The next ones are already coming and they’re jotting them down in a journal to keep safe for later on. But for right now they, it’s almost, almost frustrating how slow it takes to write and publish a book because there’s just so many ideas and stories that they wanna share with the world.

okay. Another way that the level commitment differs between a general writer and a career writer [00:07:00] is The level of commitment to investing time, money, and energy into learning, into improving their craft, into learning all the things that they need in this publishing industry. So that’s things like, Books and trainings on writing business, marketing, specific technology and social media platforms.

The general writer may or may not read a book or here or there. They may or may not, uh, attend a workshop here or there to tighten up their craft. They want to, but it’s not that same level of commitment to [00:08:00] investing in that craft of writing.

You’re committed to making that happen. And that’s why I’m saying that the difference in the level of commitment is there a general writer, it’s like an optional thing. [00:09:00] And to a career writer, it’s a non-negotiable. You have to be involved in a writing community to be a career writer.

Just a side note here, just a note here, a little asterisk. Just because I’m saying that you need to invest time into the writing communities if you’re going to be a career writer or invest time into going to a conference or all the things it, that level of investment varies by person.

There’s some people who can afford to go to in person event, in person conferences. That was not all always my case. Like I have just recently been able to start going to conferences. But the beautiful thing is in this post pandemic world that we live in, zoom and other online streaming platforms have created an opportunity for you to attend conferences without having to go there.

Another way that they differ in their level of commitment is that a general writer approaches social media very casually, and a career writer approaches social media with a strategic plan and purpose. They are there to connect to a reader. They’re there to get their reader ready for their novel. That is why they engage on social media. They’re there to make connections with other writers, different collaborative, um, opportunities. They’re showing up strategically. A general writer may share some thoughts here and there. They may talk about their every day they’re very casual about social media. They don’t have a specific strategic plan or purpose that they’re [00:11:00] implementing on social media.

and Let me say, all three of these decisions you could possibly make are good and valid decisions. One is not better than the other. This is just a clarifying decision on your writing life.

Like I said at the top of the episode, not every [00:12:00] one of us writers is going to want to pursue writing as a career, but if you are listening to this episode and you are thinking, This is me. I am that writer. I want to be a career writer. I have stories to tell. I’m willing to invest. I want a return on my investment. If that’s you, fabulous. Make sure you’re subscribed to the podcast so that we can continue having these conversations about what it means to be a career writer and the whole business of Christian fiction.

And if you haven’t formally written down your commitment to pursue writing as a career, can I encourage you to do that today? Over on my website, I have a pledge that I’ve written up for you. Rachelfahrenbach.com/resources. You can fill in your name, you can date it and sign it. Make today the day that you move from being a writer to having a writing career.

If you have a friend that’s a writer on the fence about what they want from their writing life, would you share [00:13:00] this episode with them? Hearing the differences between being a general writer and a career writer may help them get some clarity on their own writing life.

Until next time, happy writing. Goodbye.

Be sure to check out my RESOURCE page for Fiction writers. I’m adding new resources to it often, so make sure you check it out!

By subscribing, you allow each episode to be downloaded straight to your phone which makes sure you never miss an episode! 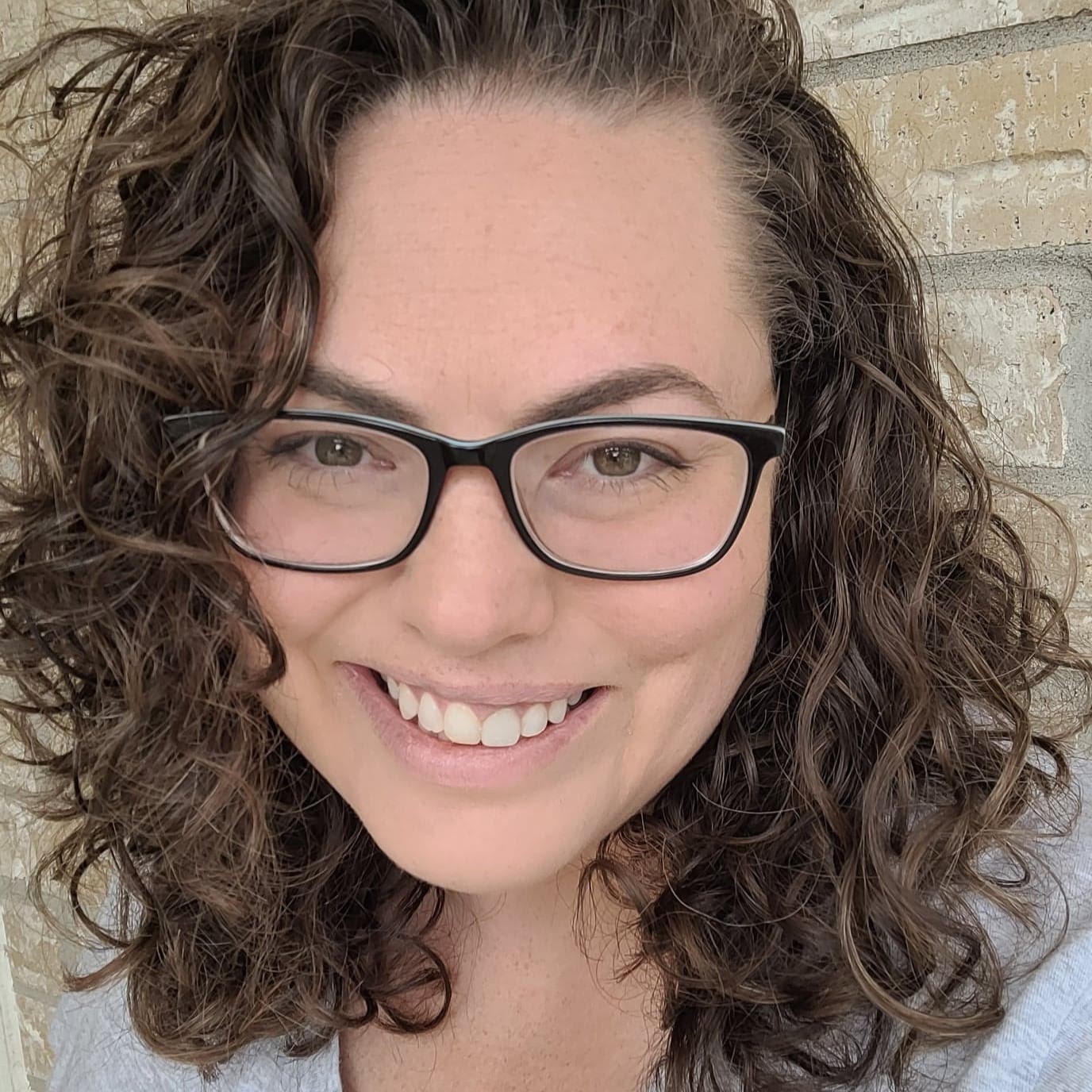 Hey! I'm Rachel and I'm so glad you're here today!

I help Christian fiction writers figure out how they can make an impact and an income from their storytelling while keeping rest a priority.

You can learn more about how I’m in your corner here.

And you can learn more about my personal journey here.

One last thing, if you’re looking for a bit more rest in your life, be sure to check out the Rest & Reflect guided journal.