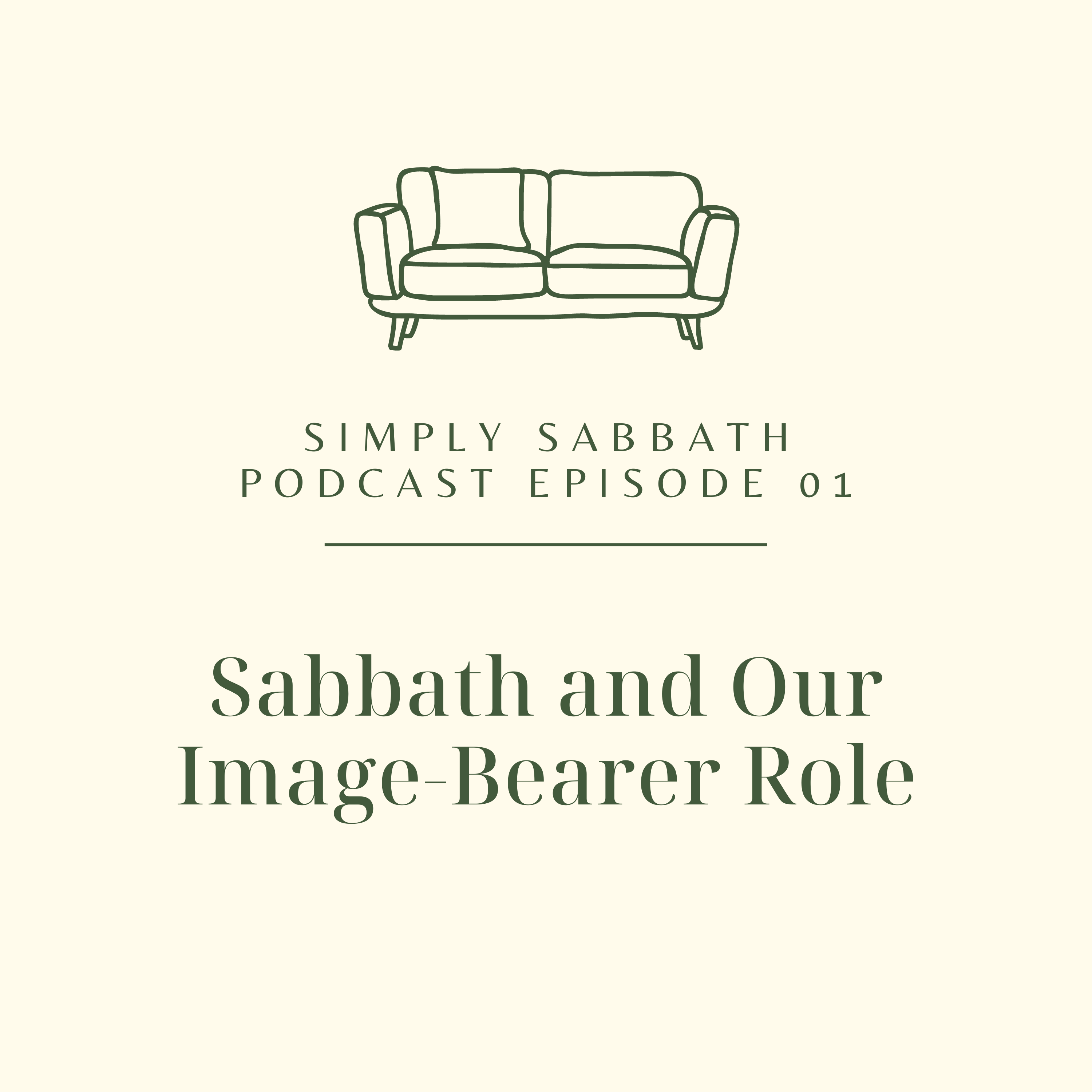 Yes, momma, you need to rest. And you have permission to rest. But have you ever considered the fact that you were designed to rest? That’s what we’re talking about on today’s episode. Listen in.

When I began practicing Sabbath a few years ago, I struggled to find resources that spoke to me, a busy Christian mom, trying to implement a rhythm of rest into her family’s schedule. There were a handful of books, but they spoke more to the theological side of things and really didn’t get into the how-to, especially from the mom’s perspective. I spent quite a bit of time looking into things, researching Sabbath traditions, reading through scripture and praying through what it could look like in our home. Eventually, I piecemealed something together that we could start albeit imperfectly, practicing week after week. But other than my husband, I didn’t really have anyone to talk about this choice to section off a full day out of our week, just to rest.

I didn’t know anyone else in my social circles, either in-person or online, who was also practicing Sabbath. At times, it felt very lonely to be doing the thing that was so different from what everyone else was doing. And if I’m being completely honest, it still can feel lonely at times. . Which is why I’m so excited to be recording this the very first episode of the Simply Sabbath podcast.

I should probably let you know that I had been dragging my feet on starting this podcast. I am a writer first and a speaker second. I default to writing. It’s how I process the world. It, it’s my comfort zone. And so I figured I’d do blog posts and Instagram posts. But the more I started talking to you and the more I started praying about my next steps in serving this community of moms who have an interest in starting a Sabbath practice in their family’s schedule

I realized that you needed both the how-to– because, let’s be honest, we don’t have a whole lot of examples of what it means to be a Christian mom in the west practicing Sabbath. It’s just, we don’t our culture doesn’t support it, our culture at large and our church cultures. And we don’t really hear a lot of moms talking about it, so we don’t really have a lot of examples of what that means.

The Bible puts forth the command, but the how-to that he gave were specific to the Israelites in ancient Israel. So while the Bible gives the command to practice Sabbath, but how to is it gives are directed at a group of people that were establishing a nation in a new land.

And so it’s a, it’s a completely different situation that we find ourselves in. We are dealing with things like social media, do you do it, or you don’t on the Sabbath? You know, there’s, there are groups of people who get very, very legalistic with Sabbath. And then there are groups of people who don’t even really set aside an intentional time. And so we’re trying to find somewhere in the middle of those two extremes and we don’t have a lot of guidance.

So I knew we needed to have that conversation. We need to have that, how-to, and so I’m really excited that in the future episodes, you’ll hear from other moms who have been practicing Sabbath and what it looks like in their homes, so that you can get some ideas for what you can implement in your own family’s rhythms.

But I also knew we needed to dive more into this conversation of what it means to be designed to rest. I think we do a really great job now, I wouldn’t say this was true a few years ago, but now this conversation has really become commonplace, especially in our Christian women’s ministries and whatnot, this conversation about, one, you need to rest, mom, you need to take the time to rest. but two, you have permission to rest. It is okay. You do not need to feel any guilt about it.

But we don’t talk about our identity being tied to our rest. And so that’s the conversation that I’m really the most excited to have with you in future podcast episodes. Really this idea of what does it mean to be designed in the image of God? What does it mean to reflect him in both working and in rest?

I think we oftentimes think of rest as an Exodus command. We talk about it in terms of the Exodus and 10 commandments and Israel and all those things. But we forget that it was actually there at the very beginning that in the scripture, here, I’ll just read it for you.

“God spoke, let us make human beings in our image, make them reflecting our nature so they can be responsible for the fish in the sea, the birds in the air, the cattle, and yes, earth itself. And every animal that moves on the face of the earth. God created human beings. He created them god-like. Reflecting God’s nature. He created the male and female. He blessed them: prosper. Reproduce, fill earth, take charge, be responsible for fish in the sea, birds in the air. And for everything living that moves on the face of the earth.”

But when we go further into chapter two, we see that God also rests. And so. We know that we are supposed to reflect God’s image. And I think we take this to mean like, oh, we’re supposed to be loving and kind, and compassionate and generous. And we talk about the characteristics of God’s nature, but we don’t tie it to the doing part of his nature.

The fact that he, that in these verses where it says that we are to reflect his nature, that we’re created in his image, it is in a space of creating and cultivating and tending to, and then it is also in the space of God resting and enjoying his creation. And so if we are to reflect God’s nature, we need to be working in a way that is productive and intentional and fruitful. And then we need to be resting in a way that is communal and full of enjoyment.

And so that’s the conversation that I hope that we have with this podcast alongside of the, how-tos and alongside of the reminder to welcome this rhythm of work and rest in our lives.

And then those women will share it with others in their social circles. And we will have a ripple effect in such a way that we will create a movement of moms who are saying no to hustle culture. Saying no to hurry. Saying no to busyness. And saying yes to resting with Jesus. Saying yes to working alongside of him for six days and resting with him for one. And saying yes, to being an example to the next generation of women who are coming up behind us so that they won’t burn themselves out doing and that they will know how to rest too.

Before we go, let me leave you with a question: what would it mean for your life, for you to intentionally carve out time to rest and in doing so reflect the image of your Creator?

Well, there you have it. The very first episode of the Simply Sabbath podcast. I hope you guys will meet me back here on Wednesday. As we get to talk to my friend, Amanda, she is going to talk about her Sabbath practice and how she came to it. And I think she had some really wise things to say, so I can’t wait for you to hear her share her story. See you next time.

The Busy Mom’s Guide to a Simple Family Sabbath

Take some time to reflect on the question I posed in the episode:

What would it mean for your life, for you to intentionally carve out time to rest and in doing so reflect the image of your Creator?

By subscribing, you allow each episode to be downloaded straight to your phone which makes sure you never miss an episode! 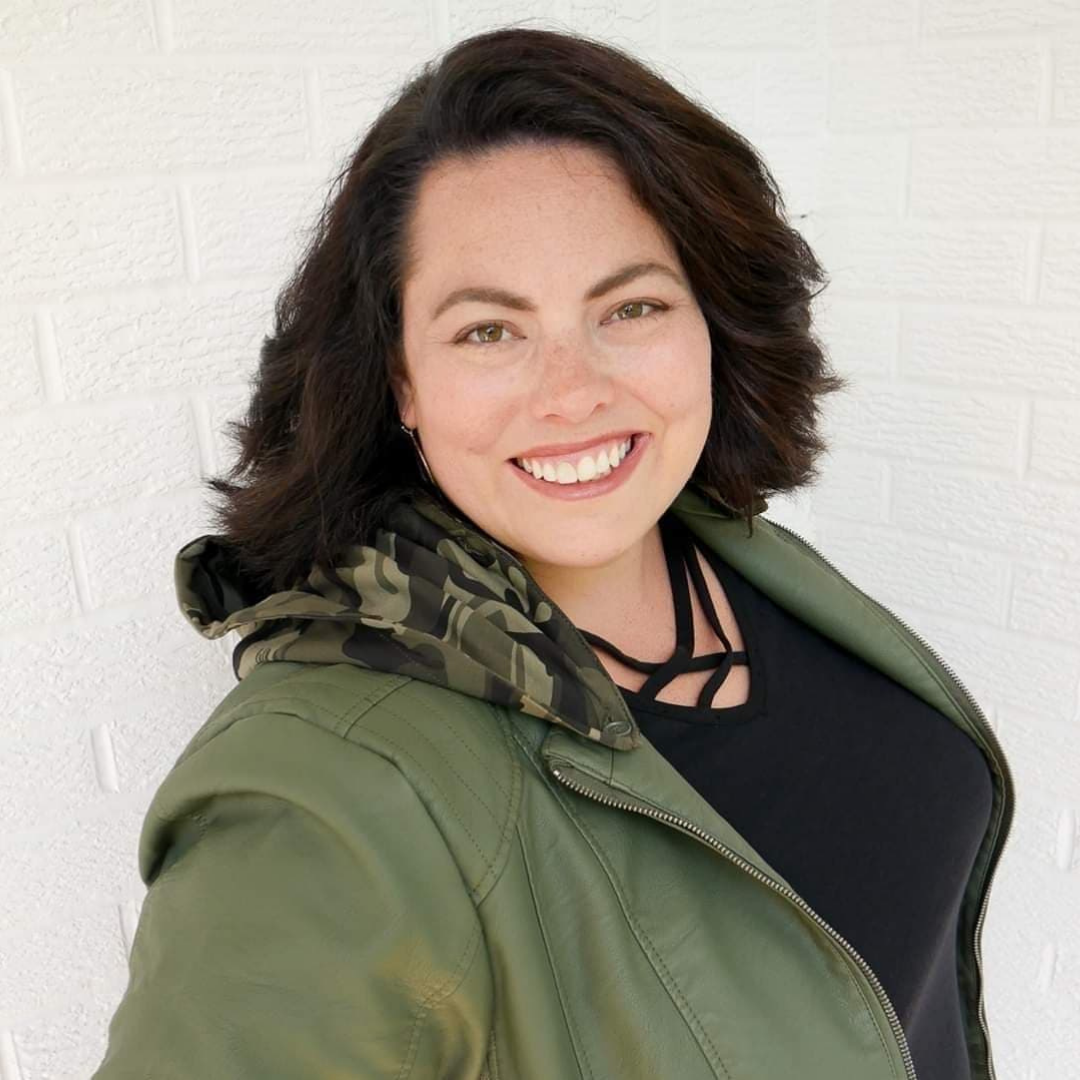 Hey! I'm Rachel and I'm so glad you're here today!

I help busy moms add a simple, rest-filled family Sabbath to their week. If that sounds like something you want for your week, but don’t know where to start, grab this free how-to resource: The Busy Mom’s Guide to a Simple Family Sabbath.